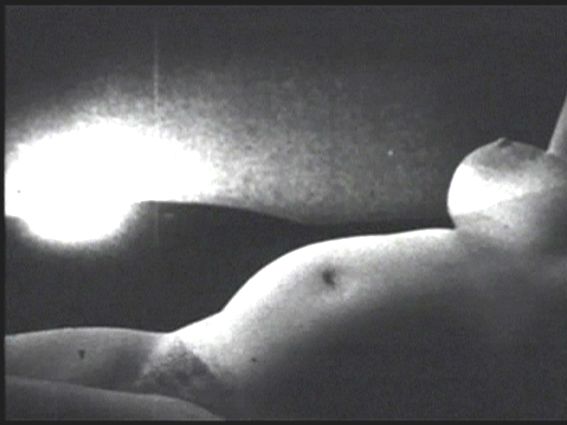 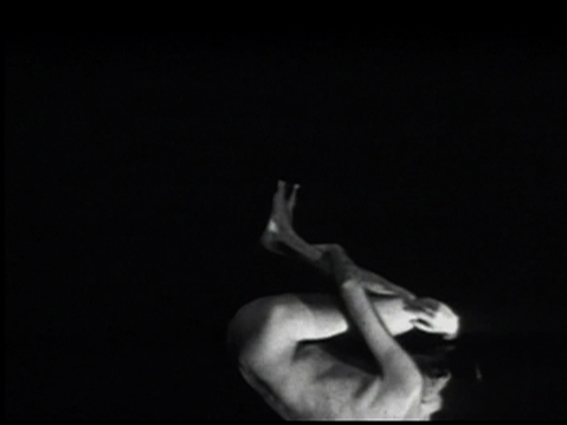 Using recordings of rehearsals of a play about the Greek hero Philoktetes, Leslie Thornton pays tribute to actor Ron Vawter, founding member of the Wooster Group, an experimental New York theatre troupe. From the first images, the director’s voiceover relates her last interview with the actor in Brussels, several days before his heart attack, when he was playing Ulysses’ companion at a theatre in the city. Very disjointed editing alternates between portraits of the actor, scenes from the play about this mythological character, abandoned on the Isle of Lemnos following a serious injury, and microscopic images of blood, in reference to their collaboration on Strange Space, another work about AIDS which the actor was himself suffering from. The video passes from black and white to colour, creating a rupture of the kind that Ron’s death represented for those close to him. This alternation also marks a transition from dream to reality, as though this sudden absence were perceived in an unreal way. One sequence returns like a leitmotiv in the film : Ron’s naked body in black and white, filmed from a low angle, appearing to float against the images of an exploding set. A text from the play, read by the actor, evokes Philoktetes’ pain and illness, reflecting the reality of his own suffering body. The narrator evokes the constraints connected to Vawter’s illness during rehearsals – he occasionally arrived on stage in a wheelchair. For the troupe, the notion of death hung in the air. The film oscillates between archives of the show and documents about the actor, between the stage and reality, creating a parallel between the fiction of the character of Philoktetes and the reality of the crisis experienced by the actor.