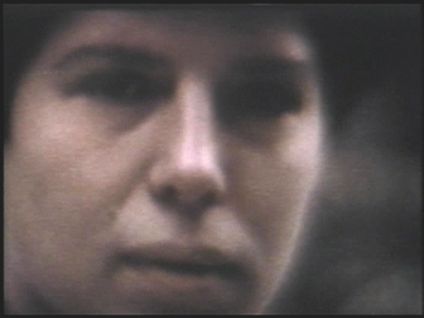 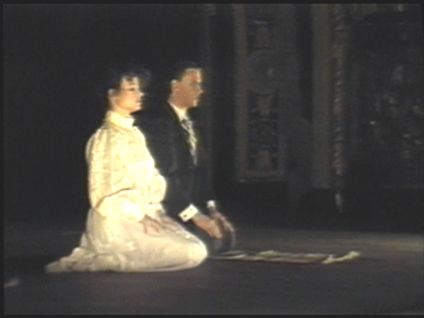 There Was an Unseen Cloud Moving, 1988

Isabelle Eberhardt, born in 1877 in Geneva, died in 1904 in Algeria, while she was visiting the Maghreb disguised as a man. She related her journeys in numerous writings published after her death. Several of Leslie Thornton’s projects are based on the surprising career of this explorer. There Was An Unseen Cloud Moving is the first sequence based on this research. Her interest in this historical figure is part of the overall questioning of gender issues in her work and the role of women in society, as well as on the emergence of modernity and the notion of documentation that resulted from it, in the form of photographs, films and other media. The film uses fragments, forming a collage of reconstitutions of various actresses playing the heroine, archives from the era, but also press photographs, documents, extracts from films and so on. By presenting interventions of several actors playing the same character, the spectator is directly confronted with the problematics of representation. The different faces of the actors are superimposed, destroying the identification mechanism inherent to the film, which obliterates the actor in favour of the character. This multiple portrait reveals a flaw in the possibility of a reconstitution, both on the historical and the personal level. Once again, we can see the footage of Armstrong’s first steps on the moon, already present in Strange Space or Peggy and Fred in hell, which is surely one of the most powerful moments in television history. Here, the discovery of the lunar landscape is likened to the strangeness of the first steps of a Western woman in the masculine world of North Africa. Extracts from Julien Duvivier’s film Pepe le Moko punctuate this biography, adding a fictional dimension to the personality of Isabelle Eberhardt, in love with a certain Slimane, the name of the inspector in Duvivier’s film. The sensitive and complex editing, made up of contradictions, repetitions, asides or even digressions, reveals and critiques the univocal nature of the documents and the definitive aspect of the notion of biography.