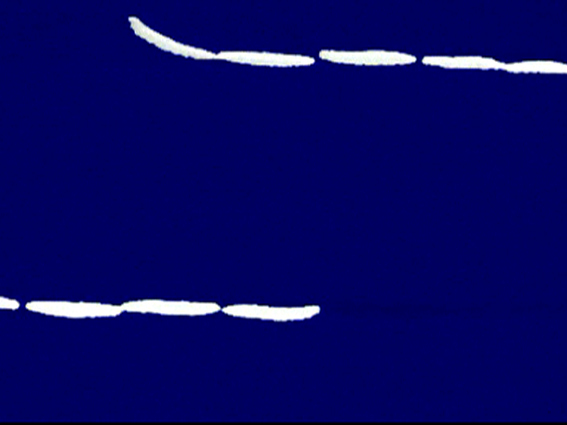 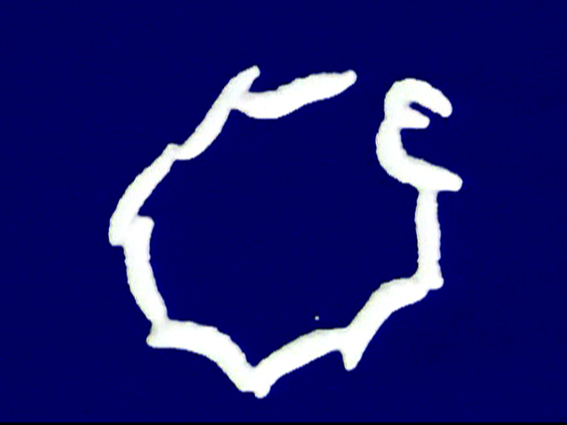 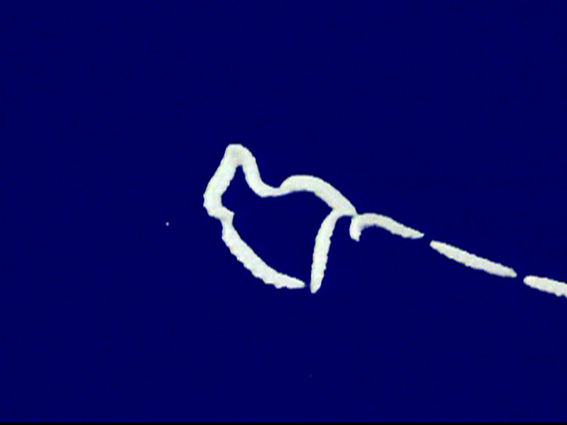 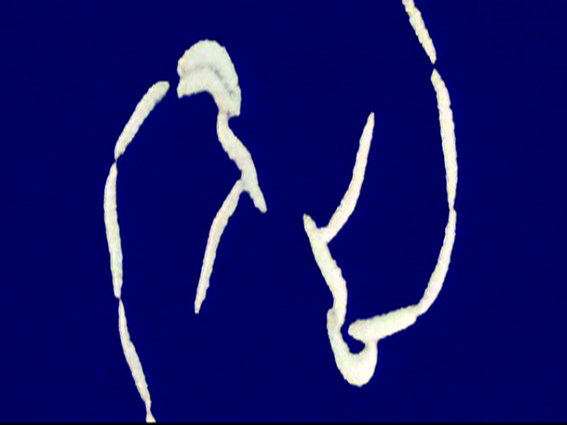 Against a plain blue background, white worms wander across the surface of the screen. Shot from above, they produce a meticulously choreographed parade set to electronic music.
At first, a single white line – the worms – traverses the screen. Then a second line appears. These two lines roll together and form a circle, in a movement that follows the soundtrack. Next, the camera zooms backwards, thus revealing two circles made up of 10 worms. An alternating sequence of close-ups and wide shots punctuates the film, which ends on a moment where the lines cross to form a grid. The square grid evokes the weave of a textile or a piece of knitting.
This staging, reminiscent of a military parade, evokes by extension the regularity and codes of sewn stitches. Whether it is a parade or a series of stitches, these two activities conform to strict rules. In weaving, the “maille” or “armour” is the order in which the warp threads cross the weft threads. This terminology with a military connotation (with the same double meaning in German) highlights the authoritarian and regulated aspect of this technique. From a critical perspective regarding women's role in society, Rosemarie Trockel works with tools related to the female condition. Here, bringing the insects “into line” may reflect the regulated practices or imposed order that women are subscribed or subjected to.