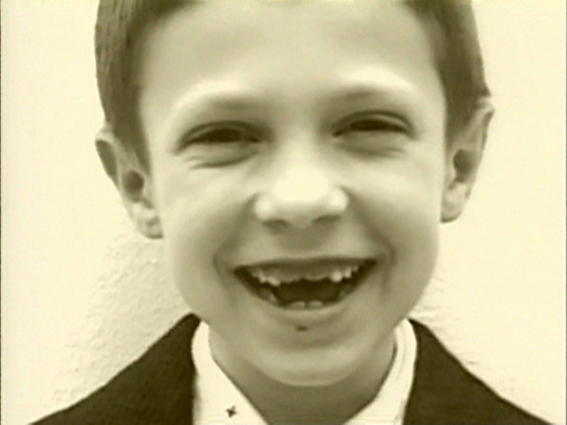 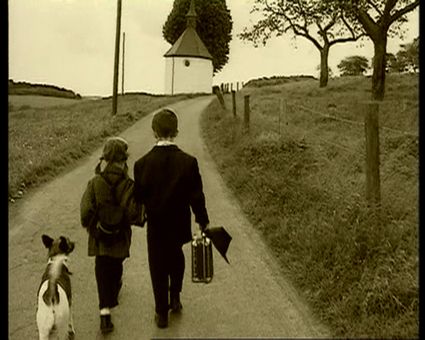 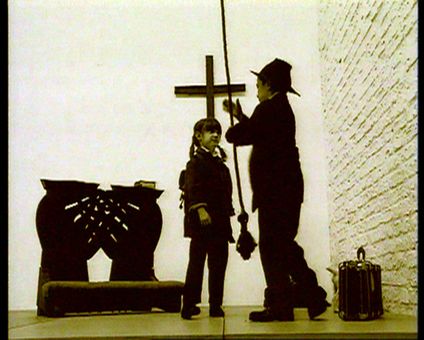 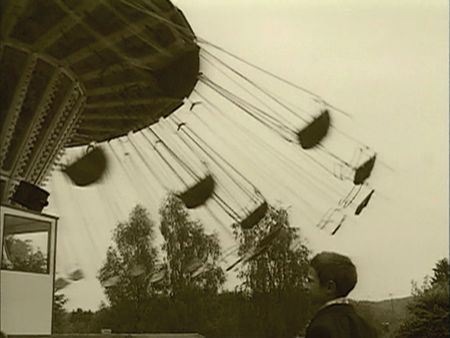 Zum Beispiel Balthasar [For example, Balthazar] is the story of a young boy, aged 6, who is walking in the countryside carrying a suitcase as though he were leaving. He is accompanied by a little girl and two dogs. They are filmed in slow motion in somewhat old-fashioned black and white tones. The film is littered with clues or fictional openings that may be red herrings : thus along the road, the children wipe their eyes with a big white handkerchief, then observe a bird of prey carrying off a rabbit. They then head towards a small bell tower, which they enter. Balthazar, wearing a hat, hangs off the rope of the bell, laughing. What story does this hat make reference to? A similar shot follows this sequence, in which we see the child hanging on to a rope in a gymnasium. He is still laughing, while the little girl pushes him. At the start of the film, the absence of colour and the style of clothing establish the story at an uncertain time in the past. The title For example, Balthazar, aged 6 evokes one childhood among others. The temporal dislocation between the sequence on the road and the sequence at the gym merges two temporalities, as though there had been another, more carefree life before. The light-hearted laughter of Balthazar serves as a counterpoint to what may be the tragic evocation of exodus along a country road.