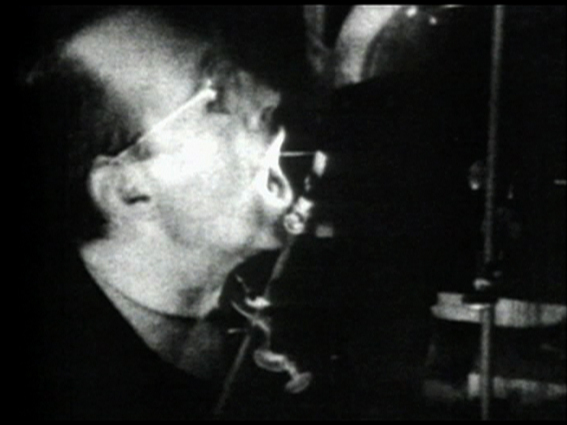 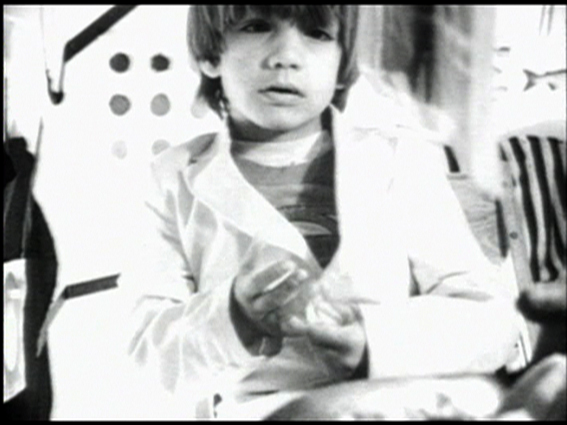 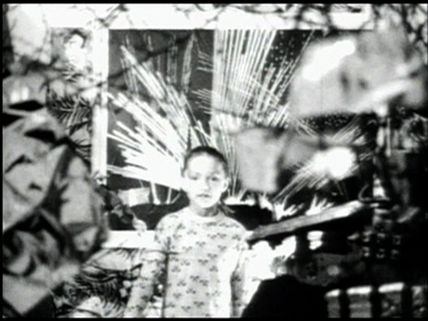 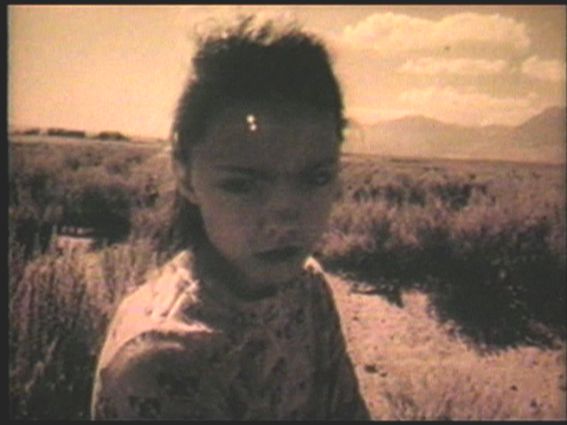 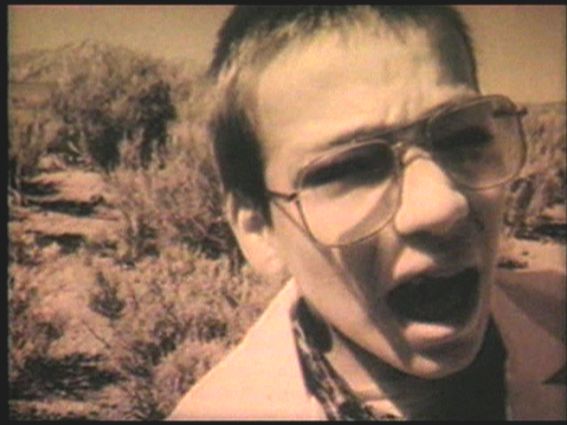 Described as a “lifelong project” by the artist herself, Peggy and Fred in Hell was started in 1984 and has no definitive state. In 2007, the series comprised over sixteen episodes in no particular order, presented in the form of a screening or an installation. The images, sequences and their presentation are perpetually rearranged. We will evoke here the version acquired by the Centre Pompidou in 1989, but of course, the other presentations are similar in both form and content. In a post-apocalyptic world, two young children play in a world without adults. While the era and the crisis that preceded it are never clearly defined, traces of late 20th century culture are present, creating a fiction that may be qualified as an “anticipation tale”, set either in the near or hypothetical future. The alternation of shots in sealed-off interiors, with highly contrasted artificial lighting and scenes in deserted landscapes remove all markers of time and place and maintain this sense of confusion.Set to an air from an opera by Handel, combined with the high-pitched voice of pop singer Yma Sumac, a close-up shows taut vocal chords. This scientific document is presented during the introduction to this hour-long version of Peggy and Fred in Hell, and it is almost unrecognisable, appearing to present a woman’s vagina, perhaps owing to the influence of the female voice on the soundtrack. Gender issues, dealt with throughout Thornton’s work, are here approached in a comical way, with another extract from a scientific film, which presents surveys with multi-choice questions in order to decided which is the tone of voice of men or women that people most prefer to hear. This document suggests a well-defined patriarchal social system, since, naturally, the final analysis of this scientific study leaves no room for sexual indeterminacy. The film subtly critiques the seriousness of the documentary. Not long after, Peggy, the young heroine sings Billie Jean by Michael Jackson a capella. In the mouth of this little girl, the lyrics, evoking a woman who implores the singer to tell her that he is the father of her child, become devoid of meaning – showing how young people appropriate pop culture without understanding it. The absence of any visual connection between Peggy and the camera, as she sings in her small, high voice, adds a great sense of fragility to her presence and contributes to the character’s solipsism. Throughout the film, these young children seem to be talking to themselves, without any connection between them or with the outside world. Even in the few shots where they are together, their relationship passes by way of televisual codes, which removes all spontaneity. In stereotypical attitudes and dialogues, they naively replay adults’ roles in stagings from genre films. The strength of the work resides in this capacity to create a dramaturgy and suspense through dense and chaotic editing. The formal qualities of the film, in terms of both the lighting and the editing of disparate elements, make this a unique work. Transgressive and controversial in terms of its view of childhood and Western culture, the film encourages the spectator to drift along with the two children.